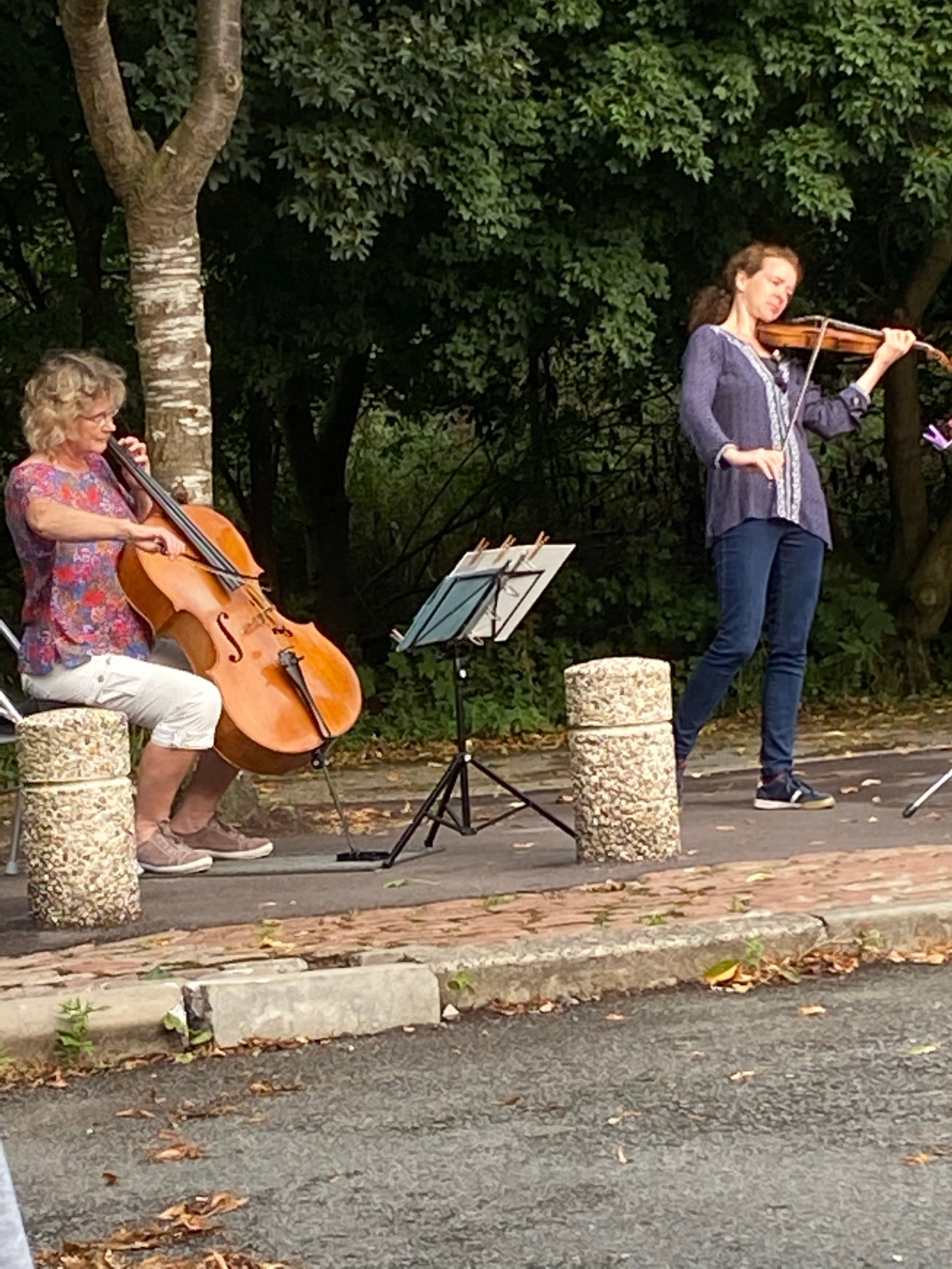 I have been writing this blog for a little while now, and I must admit that by now I had expected to have written quite a few reviews of live music events that we had gone to as a family. However, 2020 had different plans, and I can count on one hand the number of times that we have been out of the house somewhere other than my mother’s house or the supermarket!

We have been very lucky, however, to get to see two live music events in recent weeks. We are members of the Birmingham Botanical Gardens, and they have live music on a Sunday from their band stand. We had not been expecting it, but were delighted when we arrived there one Sunday to find a band playing. My children had an absolute ball dancing around in front of the band stand, despite the rain. And for the whole of the following week my son told everyone we saw (admittedly that wasn’t many people, and mostly via a screen) that we had seen live music.

We had a bigger treat last Thursday when two professional musicians, cellist Jackie Tyler and violin player Julia Aberg played a concert on our road – even better for us was that it was pretty much right outside our door!

The weather, that had been threatening thunderstorms, held out for us, and we had a visit from the local ice cream van, who I am sure initially thought it was their lucky day, turning up to a street with loads of people already outside waiting for them, until they realised we were there for something else. Thankfully they turned up in between pieces.

It was really lovely seeing so many people from our local area turning up and watching the concert. In a time when arts venues and artists of all disciplines are struggling so much it is so good to see that the appetite for live performance has not diminished. And on a personal note, it was so good to see and hear live performance. As brilliant as it is to have online concerts and performances available (and I am so grateful that this has happened, if it had to happen at all, at a time when technology makes it possible to have amazing entertainment at the touch of a button in your own home) there is no substitute for live performance. Music sounds and feels different when you experience it happening in front of you, and when you experience it with other people. It is a shared experience that I have very much missed in these last few months.

Jackie and Julia normally perform with the City of Birmingham Symphony Orchestra, a world class orchestra right on our door step. We have been to the CBSO’s brilliant Notelets series of concerts, which are aimed at children, and you can read my review of the concert here. The CBSO have, of course, been forced to suspend their concert performances during the pandemic. Hopefully it will not be too much longer until it is possible for musicians to perform together again.