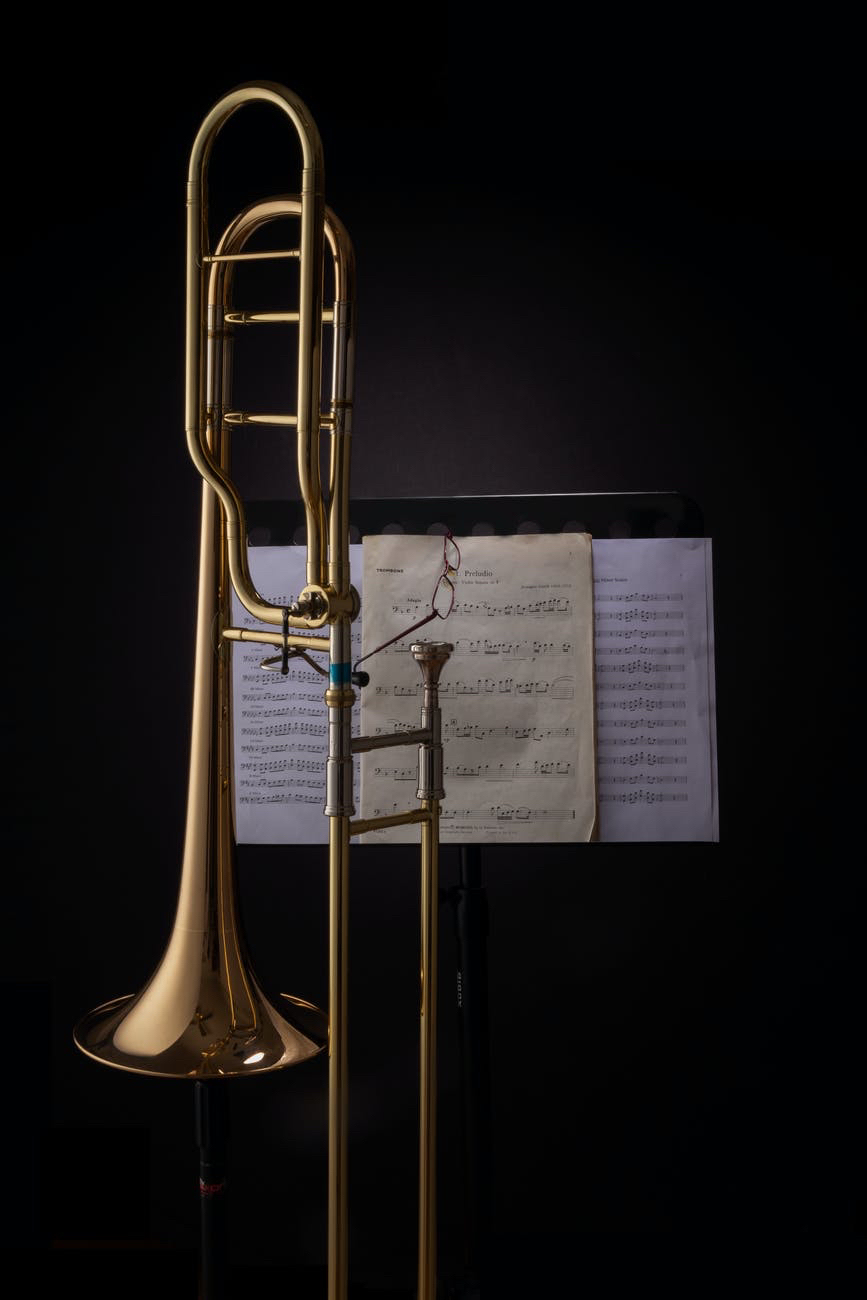 My son has started learning to play the trombone this year. He got to try out several instruments at school for the first half term before Christmas and was then given an instrument, the trombone for him, to learn at school. He loves it, is excited that he might be able to play music from Star Wars on it one day, and it seems to suit him down to the ground. So this month I am going to look in a bit more detail at the trombone, and use this as an opportunity to learn more about this instrument that is becoming very important to my son.

What is a trombone?

Click here to see what a trombone looks like, and what all the parts of the trombone are: Trombone diagram

History of the trombone